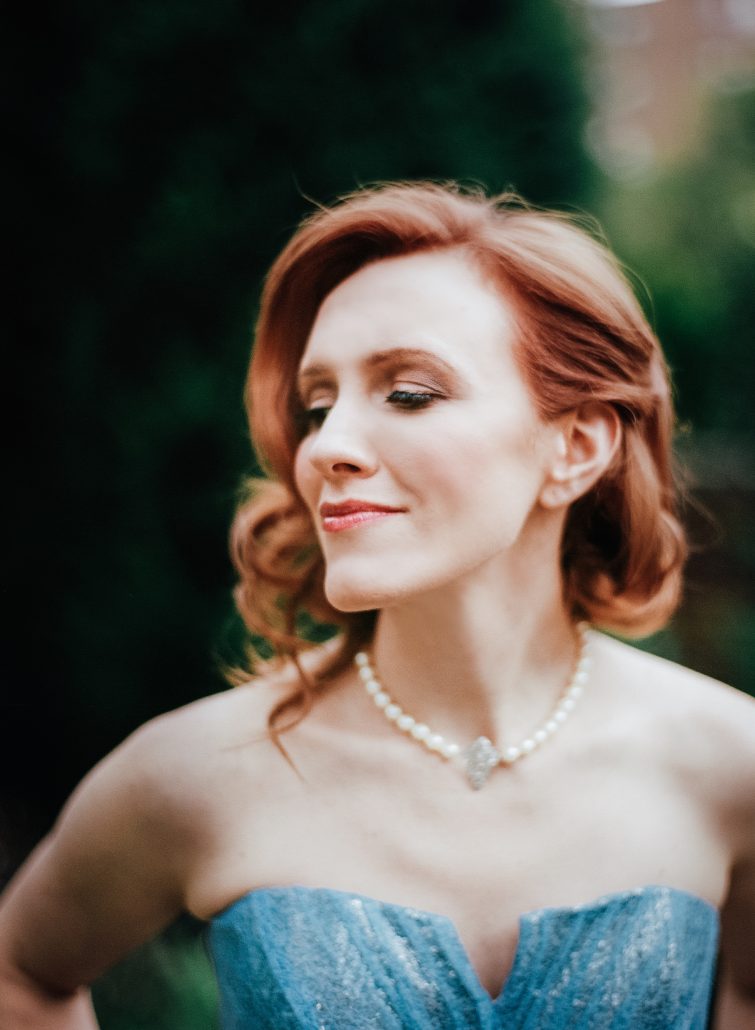 Admired by the New York Times for her “plush-voiced, impressive soprano,” Sara Jakubiak has captivated audiences with her rich chameleon voice and committed performances.

Ms. Jakubiak is a 2020 Opus Klassik Award winner for the role of Heliane in Chrisof Loy’s universally hailed production of Das Wunder der Heliane at Deutsche Oper Berlin, Marc Albrecht conducting. Other recent highlights include Chrysothemis in Robert Carsen’s Elektra with Marc Albrecht conducting, Eva in Die Meistersinger von Nürnberg under Kirill Petrenko at Bavarian State Opera and also under Christian Thielemann at Dresden Semperoper, Agathe in Der Freischütz with Christian Thielemann at Semperoper Dresden and portrayals of Tatiana in Eugene Onegin and Marta in The Passenger in new productions at Oper Frankfurt. Other roles have included the title role in Daphne with Hamburg State Opera, Marie in Wozzeck at English National Opera, Polina in The Gambler at Dutch National Opera, Marietta in Die Tote Stadt in four different productions at Hamburg State Opera, Frankfurt Opera, Komische Opera and Bard summer festival, Elsa in Johannes Erath’s production of Lohengrin with costumes by Christian Lacroix at Graz Oper and Rosalinde in Die Fledermaus with Zubin Mehta and the Israeli Philharmonic.

In the 2020/21 season, she will make her role and house debut as Elisabeth as Tannhauser at the Los Angeles Opera. Jakubiak will subsequently return to the Deutsche Oper Berlin in three productions: as both Venus and Elisabeth in Tannhauser, in the revival of Das Wunder der Heliane, and for her debut in the title role of the new production of Francesca da Rimini (to be staged by Christoph Loy). In June of 2021, Jakubiak will make her Vienna State Opera debut as Elsa in Lohengrin.

Performances originally scheduled for the 2019–2020 season, included house debuts of Chrysothemis in a new production of Elektra by Christof Loy conducted by Antonio Pappano at Covent Garden and also in a Robert Carsen production conducted by Marc Albrecht at Palau de les Artes in Valencia, Weinberger’s Schwanda at the Komische Oper Berlin, and concert performances included Strauss’ Four Last Songs with the Munich Philharmonic conducted by Francois Xavier Roth, Janáček’s Glagolitic Mass with the London Philharmonic with Edward Gardner, excerpts from Tannhauser as Elisabeth with the Boston Symphony Orchestra with Andris Nelsons and excerpts from Die Walküre as Sieglinde at the Verbier Festival with Gianandrea Noseda..  She reprised Eva in Die Meistersinger von Nürnberg at the Semperoper Dresden with Christian Thielemann.

During the 2018–2019 season, Ms. Jakubiak sang Marietta in a new production of Die Tote Stadt at the Komische Oper directed by Robert Carsen. She joined Kirill Petrenko in a reprise of her role as Eva in Die Meistersinger von Nürnberg with the Bavarian State Opera.  She will sang Elsa in Theater Bonn’s new production of Lohengrin. Ms. Jakubiak sang Strauss’ Four Last Songs with Symphony Orchestra Vlaanderen with Dmitri Jurowski.  Other concert performances included the US premiere of Martinu’s Julietta with the American Symphony Orchestra at Carnegie Hall,  Janácek’s Glagolotic Mass with Hallé Orchestra and Erwartung with Bergen Philharmonic both with Edward Gardiner. She also made a studio recording of Erwartung with the Chandos label.

Ms. Jakubiak distinguished herself in a wide range of roles while a fest singer at Oper Frankfurt (2014–2018). These roles included Prima Donna in Ariadne auf Naxos, Marie in Die Tote Stadt, Lina in Stiffelio, Polina in The Gambler and Marie in Der Diktator, Alice Ford in Falstaff, the Goose Girl in Königskinder and Freia in Das Rheingold. Earlier in her career she portrayed Dede in City Opera’s New York premiere production of A Quiet Place and premiered the role of Cathy in Minnesota Opera’s production of Bernard Hermann’s Wuthering Heights.

Jakubiak can be seen on DVD as Agathe in Der Freischütz (Thielemann/Kohler) and the Naxos Records release of Das Wunder der Heliane (Albrecht /Loy). She can also be heard on the Grammy-nominated Chandos recording of Janáček’s Glagolitic Mass with the Bergen Philharmonic (Gardiner), as Fiora in Montemezzi’s L’amore dei tre Re with the Polish Radio Symphony (Borowicz), and in Erwartung with the Bergen Philharmonic, also under Ed Gardner and released on the Chandos label.

Ms. Jakubiak completed her studies at the Cleveland Institute of Music and at Yale University. In the first years of her career, Jakubiak appeared at the Minnesota Opera as Cathy in Bernard Hermann’s Wuthering Heights and made her debut with the New York City Opera as Dede in Bernstein’s A Quiet Place.

Sara Jakubiak is of Polish and German decent and originally hails from Bay City, Michigan. She was a star fast pitch softball player, competing in tournaments throughout the United States and won two State Championships. Sara holds master degrees from Yale University and the Cleveland Institute of Music.